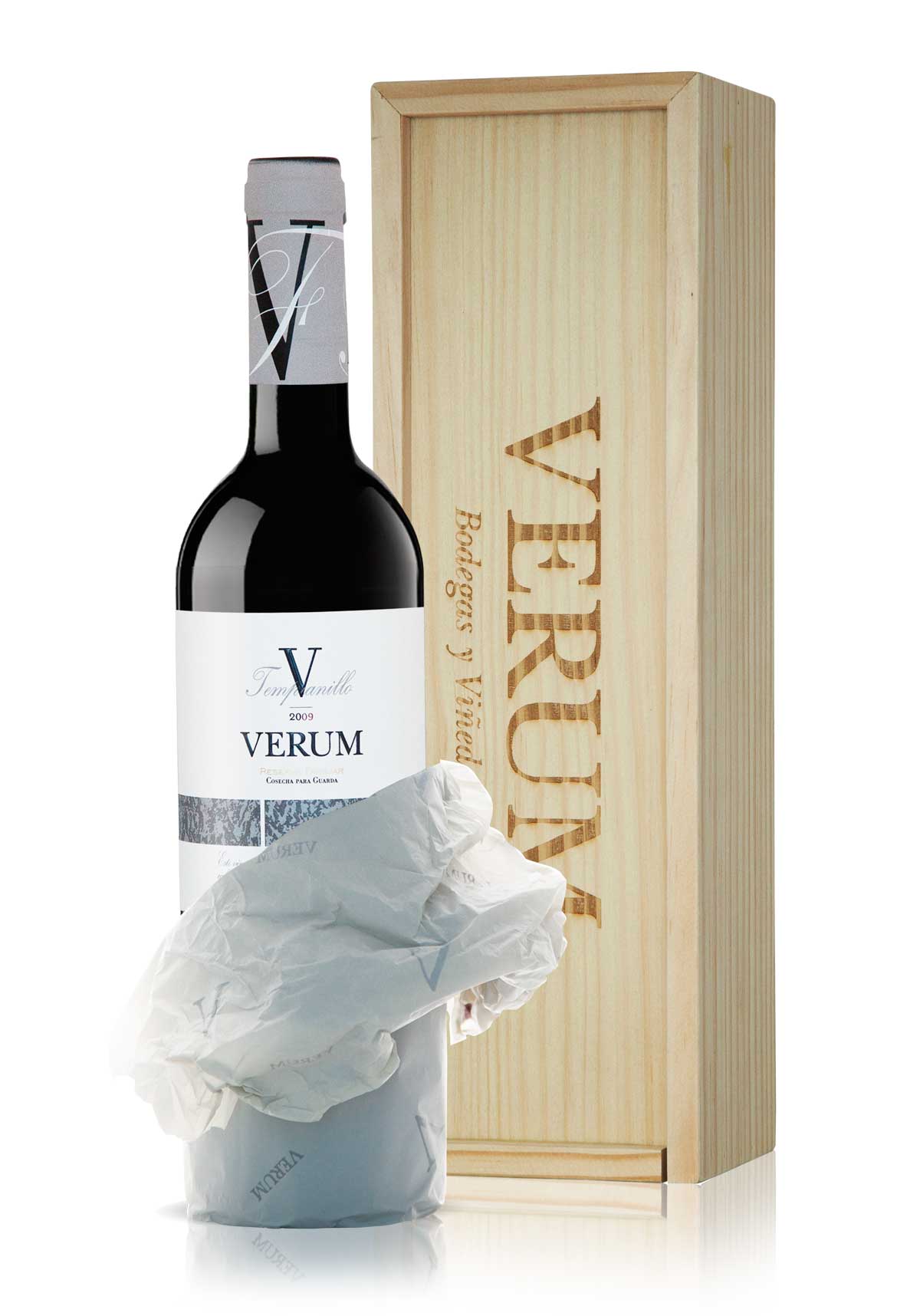 November 2016. Bodegas y Viñedos Verum has obtained a new gold medal for one of its premium wines, Verum V Tempranillo Family Reserve. Yesterday The Spanish Federation of Associations of Winemakers announced the list of the best wines in the world made with the Tempranillo variety. In this list Verum appears again as in 2013 and 2015.

The only two vintages for sale to date treassure more than half a dozen gold medals and high ratings in international guides, always over 90 points. It is not by chance that a wine receives such an unanimous recognition

Verum V Tempranillo Family Reserve comes from a single plot, a dryland vineyard planted in low bush in the early 60’s of last century, in a place called “Las Tinadas” with mainly limestone soils and poor in organic matter. Fermentation takes place in French oak barrels where it subsequently ages for 18 months. After bottling, it will have a long process of rounding in the bottle before the wine reaches the market with a minimum of 5 years.

The success of a wine is not only in the vineyard but also  the technical means and last, but not least, the experience of the winemaker; in this case Elías López Montero applies his expertise and knowhow to read the different variables of each vintage to achieve unanimity with the specialized press and the most demanding competitions.

Elías López Montero is one of the most awarded winemakers in Spain. In only 10 harvests leading the project of Verum, he accumulates dozens of international prizes and recognitions both to his wines and to the singlevarietal spirits that he elaborates